Vinay Mohan Kwatra will be the new Foreign Secretary of India, Kwatra is currently working as the Indian Ambassador to Nepal. Harsh Vardhan Shringla is currently working as Foreign Secretary. Vinay Mohan will take over the important responsibility of foreign secretary at a time when there are challenges at the global level regarding the Ukraine war. Shringla is on verge of retiring from the post of foreign secretary at the end of this month. Kwatra has had a tenure of over 32 years in the Foreign Service so far. He has served in many important positions including the Ambassador of France. He has also held the responsibility of Joint Secretary in the Prime Minister’s Office along with Washington DC, Geneva, Beijing, South Africa.

India’s relations with Russia, America, China, and other countries have a great responsibility to advance India’s national interests with a balance. Russia’s attack on Ukraine has reduced, but it is not completely over. Meanwhile, there is pressure on India from the US not to increase the purchase of oil and gas from Russia and help in implementing the sanctions. However, India has made it clear that it will take decisions only based on its national interests. Russian Foreign Minister Sergei Lavrov had recently visited India and he met Foreign Minister S. Jaishankar and PM Narendra Modi. 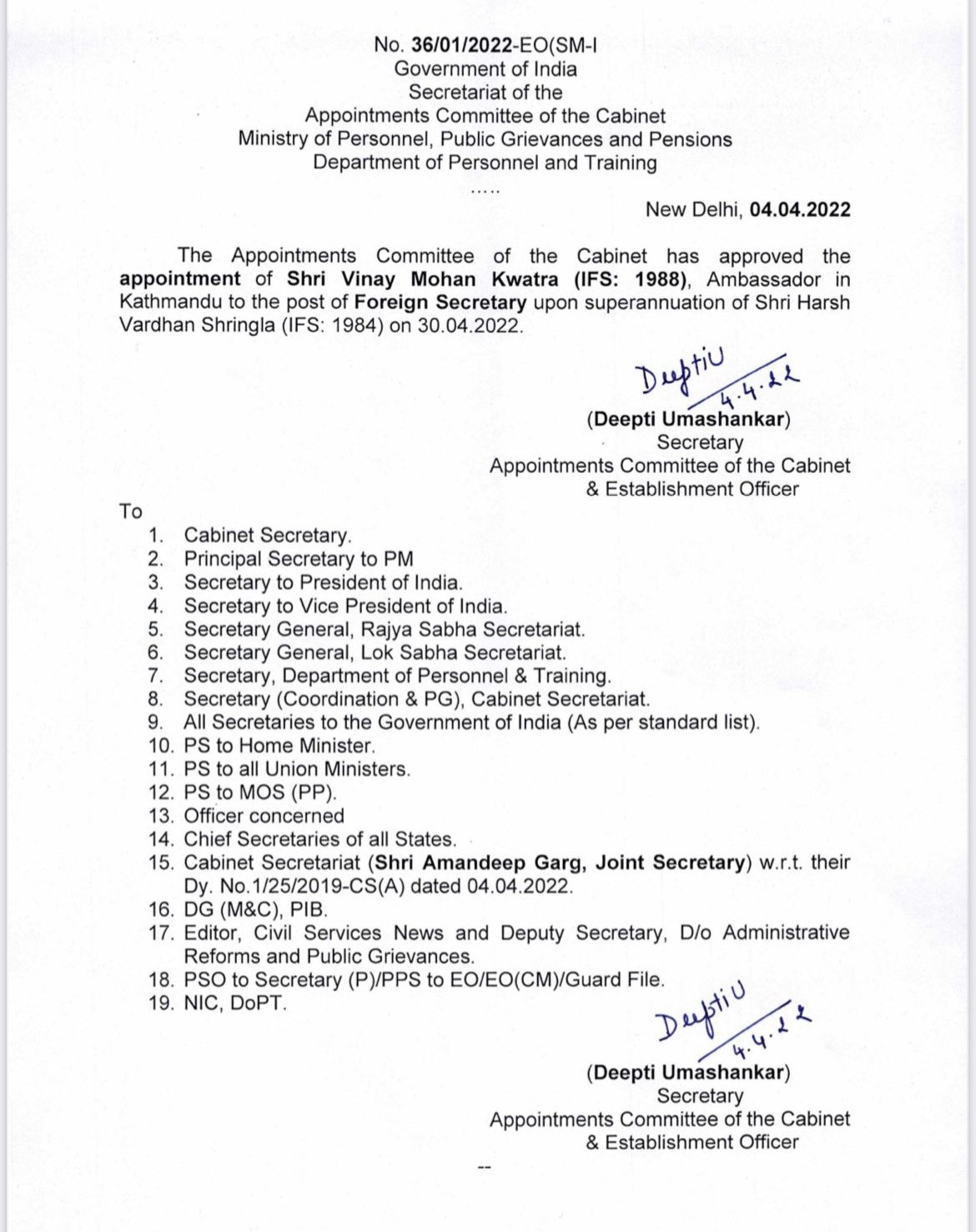 A terrorist attack on J&K; Firing on CRPF and non-Kashmiris